Find Out Why Your Air Conditioner Is Making Squeaking, Squealing Sounds 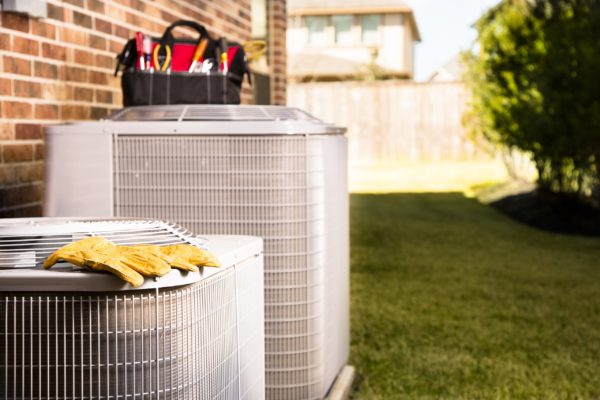 When it’s working properly, the air conditioner in your Olathe, KS home may emit a faint humming sound. This background noise is non-intrusive and completely normal. However, if your cooling system starts squeaking and squealing while in action, it may be a sign of trouble. The good news is that HVAC systems often declare the very issues they’re experiencing by the types of noises they produce. Paying careful attention to what you hear could help you pinpoint the source of the problem. Following are several reasons why air conditioners squeak.

Older air conditioners have belt-driven motors. Newer models have direct-drive motors with bearings. Their fans pull air across the condenser coils in their compressors. If your air conditioner was installed within the past few years, it may be that the bearings on its fan motor have worn out. This results in loud, grinding, or squealing noises and high-pitched squeaks.

However, even if you’re fairly certain that this is exactly what your issue is, you shouldn’t try to fix it on your own. Shoddy workmanship can leave you with a broken compressor. More importantly, tampering with the motor in your AC unit will automatically void your manufacturer warranty. It is far cheaper and much easier to outsource this job to a licensed HVAC company instead.

The Belt Has Slipped or Reached the End of Its Lifespan

If you have an older air conditioner that’s still belt-driven, squeaking or squealing noises are probably due to a slipped belt or a belt that has reached the end of its lifespan. When a worn or slipped belt is the culprit, you’ll hear high-pitched squeaking sounds both indoors and out.

Newer AC models are rated to last between 15 and 20 years. Although older air conditioners have equally impressive lifespans, not all of their components are built to last as long. More importantly, most air conditioners have already lost half of their efficiency by the time they’ve reached their 10-year mark. Thus, while a simple belt replacement might solve the problem, belt issues that occur later in an air conditioner’s lifespan could mean that it’s also time to start planning for an AC replacement. Repairing the issue is generally advisable if your AC is less than 10 years old. After this time, replacement is likely the most cost-effective choice.

Your Air Conditioner Is Rebounding From Temporary, Seasonal Retirement

It’s not uncommon for air conditioners to be a bit noisy during operation when they’re first turned on for the season. After sitting dormant for a few months, home cooling equipment can take a while to get back into action. A few squeaks or squeals at the start of your initial air conditioner use in summer might not be a big deal. However, these sounds should be both moderate and very short-lived. If squeaking and squealing noises drown out all other sounds and last for more than 15 minutes, it’s time to schedule an AC inspection.

Problems in Your HVAC Ductwork

Squeaking sounds are usually related to either worn bearings or worn belts. When they aren’t, they may be due to problems in your air vents. Dirty, damaged ductwork often makes popping, banging, and clanging sounds. However, in the summer, squealing sounds in HVAC ductwork could indicate pests. Small animals often climb into HVAC systems when there’s a viable point of ingress for shelter, moisture, or warmth. If you’re having pest problems in other areas of your home or around the perimeter of your property, this may be an issue worth investigating.

Your Air Conditioner Is Working Too Hard

When air conditioners start producing excess noise, it can also be an indication of stress. Your air conditioner may be working too hard due to improper sizing, closed vents, or excess indoor humidity. It may be that it’s time to change out your HVAC air filter. Insufficient maintenance and issues that impede airflow can result in mounting pressure inside of your air ducts. The best way to both prevent and resolve these problems is by scheduling annual AC maintenance. This should be performed in mid-spring or just before the hot season arrives.

Annual air conditioner tune-ups and inspections give HVAC companies the chance to spot issues such as slipped or worn belts, failed bearings, and damaged or infested ductwork before they cause serious problems. Although squeaking noises while the air conditioner is on might seem like a minor annoyance, the problems causing these sounds could spiral out of control. Continuing to run cooling equipment when it’s showing obvious signs of distress often proves costly.

Mike Bryant Heating & Cooling has been serving residents of Olathe, Kansas and the surrounding areas since 2004. We provide heating and cooling installation, maintenance, and repair services. Homeowners can also turn to us for indoor air quality service, geothermal heating, heat pumps, and boilers. If you need help with your noisy air conditioner, we’ve got you covered. Call us today.